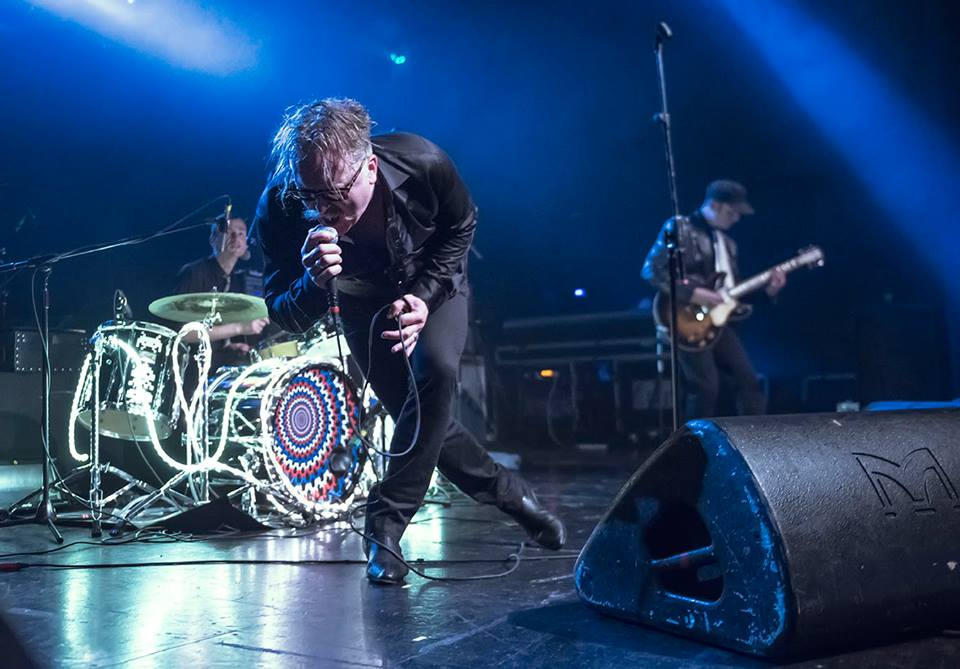 Leeds art students form band CUD in 1985, create cult indie-pop and funk sensation, tour with the Pixies and session with John Peel. The pre-Britpop answer to sad-eyed shoegaze, and bursting with originality, humour and a fuck-you-we’re-from-Leeds attitude. What’s not to love?

Usually when you see the phrase “one of the most underrated bands from the British music scene in the last 20 years” it means nobody ever bought the albums or came to the gigs. In fact, quite the opposite is true of their “Sexy rhythms and memorable sparky lyrics”. The music press hated them but fans couldn’t get enough.

Before their initial demise in 1995, Cud recorded four fully-fledged albums. ‘When in Rome, Kill Me’ (1989) and ‘Leggy Mambo’ (1990) were released on Imaginary Records along with ‘Elvis Belt’, a collection of their early singles. There followed a move to major label A&M and the release of ‘Asquarius’ (1992) and ‘Showbiz’ (1994).

Early shambolic gigs featuring drums rescued from a skip but without a bass drum or stands – and set up on plastic chairs – didn’t deter an army of fans latching on a noisy guitar band whose debut was released by none other than David Gedge.

Only (A Prawn In Whitby) and Hey!Wire! became early fan favourites along with the raucous Bibi Couldn’t See. Odd cover version choices surfaced, from Jethro Tull to The Everley Brothers and at a time when most bands were ‘Manchester’ and sounded exactly like The Stone Roses or The Charlatans, Cud were at odds with fashion. Carl’s spectacular dress sense and his kitschy, hopelessly romantic lyrics further set the band apart.

Moving to A&M brought some chart success with Rich & Strange and Purple Love Balloon (both Top 30) but disputes with the label’s expectations of ‘mid-paced, lyrically simple pop’ raised tensions within the band and they split, returning to careers as comic artist, headmaster, Emmerdale actor, Oddbins manager and World Masters pursuit cyclist.

And so to the present and amidst new material and fresh performances as if they never ever went away … CUD ARE BACK AT – HOW BLOODY GOOD IS THAT!!!