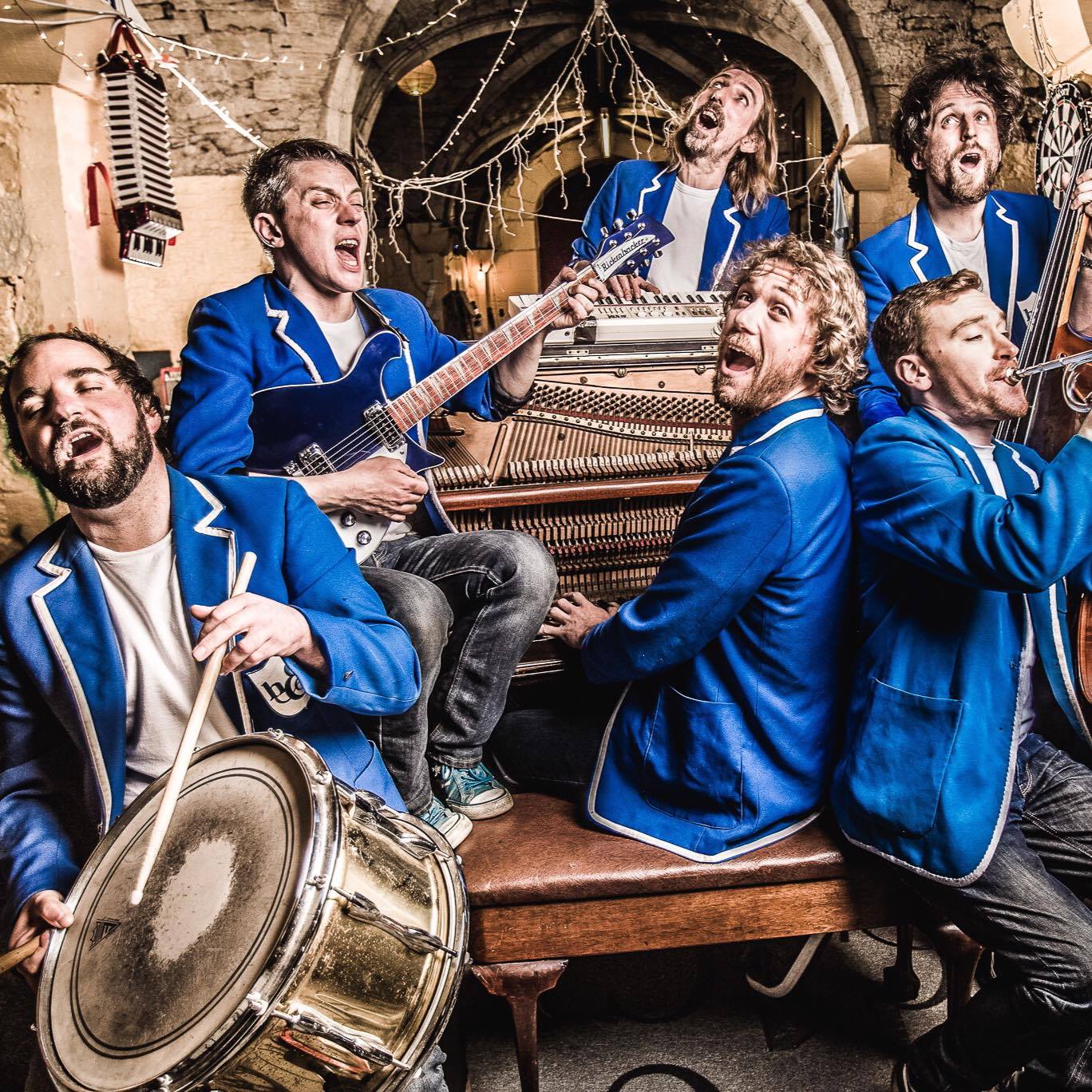 This is a band, OUR FAVOURITE EVER BAND, that does things a little bit differently. They wear blue jackets for a start… Oh, and “mind-blowing, balls-to-the-floor, anything-for-a-laugh, much-more-for-a-tear, heart-on-your-sleeve, foot-on-your-monitor gig”. But not gigs. Not ever just gigs. These nights are SHOWS. EVENTS!!

Gloriously and fiercely independent, HOPE&SOCIAL formed the UK’s first fan-funded record label Alamo Music Ltd. And having made just about every mistake a ‘professional’ band can make, decided that entertaining people and making the songs they love is the most important thing in music. And we like people. We like involving people. “People they are some good”.

And boy has this paid off; not so much a band as a movement. A glorious tide of wonderful music and musicianship sweeping tides, nay bloody great big tsunamis, along with them.

What have they done?

They’re prolific, as well. In May, expect their third album in under three years. There’s also been an EP, a live album, countless live shows, thousands of kazoos, Glastonbury, many many Living Room Gigs, the JD Set, a Come Dine With Us event, a Big Band Christmas romp, a trip to the seaside on an open top bus, a Brass Band session, a live recording in our studio The Crypt, numerous music videos, music-industry events…and a baby.

“In the tradition of the travelling bands, we guess we’re a bit like a Yorkshire E-Street Band… meets Arcade Fire… meets The Faces… meets Dexys Midnight Runners… meets Prefab Sprout… at a party… in an argument about who gets to have sex with David Bowie. We’re not as good at describing ourselves as others are, so…”

“… one of the best acts around…” – Manchester Evening News

But are they any good?

“One of the UK’s top five live bands” – The Independent

“Possibly the most complete band ever” – Tim Hornsby

Last word to the boys – “Loved by our fans, and converting people gig by gig. The most honest thing to say is that we try our best!”

Maybe one day they’ll run a night class, “This is what a real band should be”.