Their 2013 debut was released to great acclaim and No 1 chart placings in Amazon Classic Rock and Prog charts in the UK, USA, Canada, Germany, France, Italy and Japan. And sales show little sign of slowing down and as such the demand for Lifesigns to tour has continued to grow – including a Marillion support next March.

“This is a stunning example of when Prog gets it right. Glorious melodies and complex interplay of musicians and instruments, massive soundscapes and imagery that knocks you on your ass, all those things that can be so deadly dull when they aren’t done with the quality of playing and the sheer integrity that these four guys (cannot leave out Steve Rispin the engineer) bring to the music.” Kiss FM​ 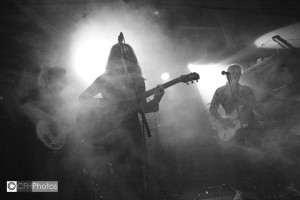