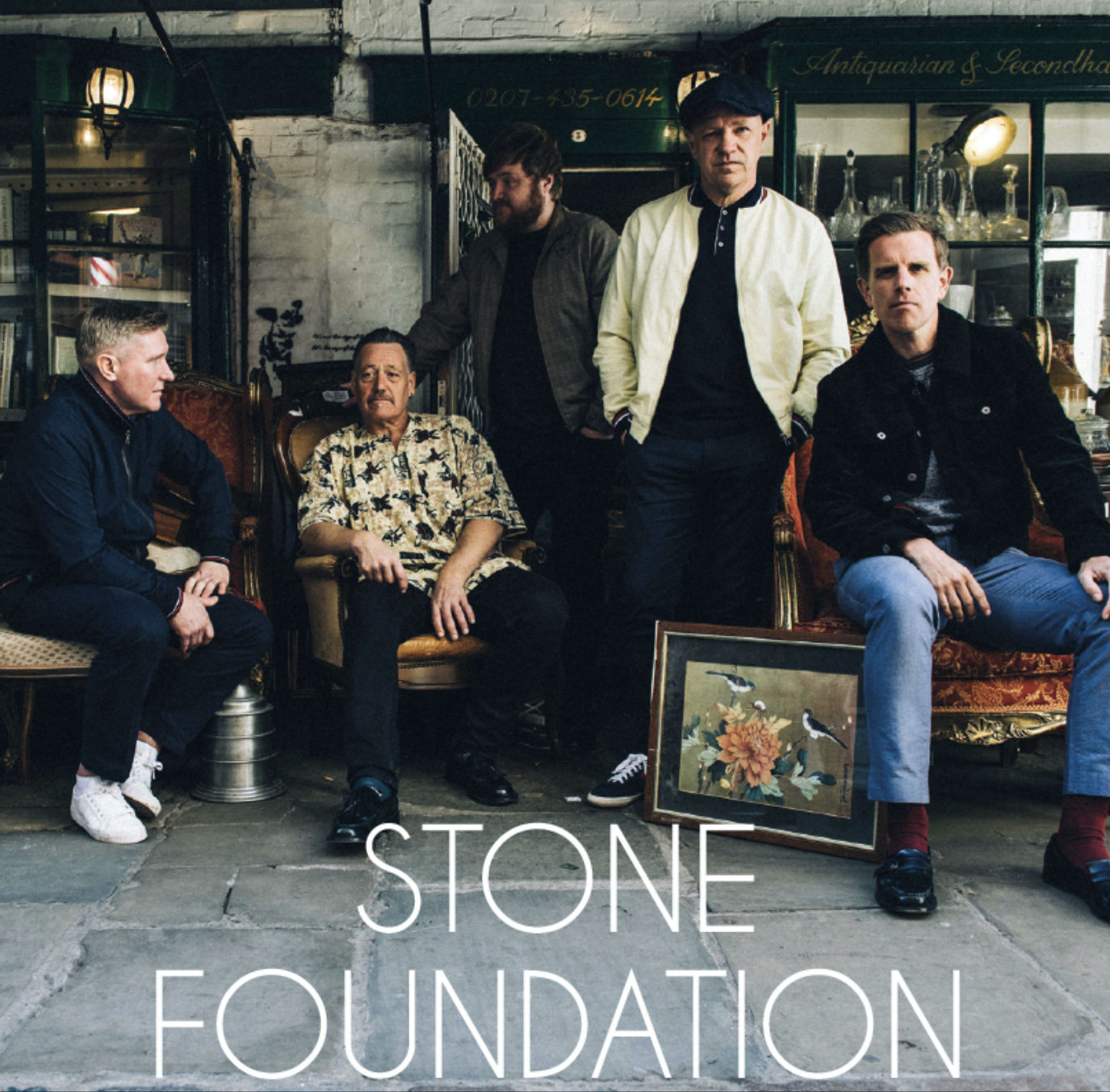 When Paul Weller wants to produce and play on your album alongside the likes of other guests Mick Talbot, Steve White and The Average White Band’s Hamish Stuart (and Paul Weller has been known to join in live – WATCH IT HERE!) you kinda know you’ve got something going on…

Midlands-based THE STONE FOUNDATION have perfected that sweet soul vibe but with added harder and heavier funk honed by extensive touring, including headline shows at Shepherds Bush Empire and a storming set at Glastonbury.

Bassist Neil Sheasby says: “In recent years I’ve heard a lot of records with great grooves but there’s no song, the message and melodies were still key to the records creation. To me latest album ‘Everyone Anyone’ sounds like a very cohesive collection of tunes, a body of work that hangs well as a complete album. The next natural step for Stone Foundation”

Singer and guitarist Neil Jones adds “We wanted to make tunes that would unite people no matter what their background or beliefs may be and also for the first time in a while explore topics closer to home that effect us all, such as family, loss and finding comfort in some of the darker times we all face. It was important we made the sound harder and heavier and ultimately funkier and to me these 11 tracks sound like 8 musicians maturing and developing as players (with a little help from some good friends)”