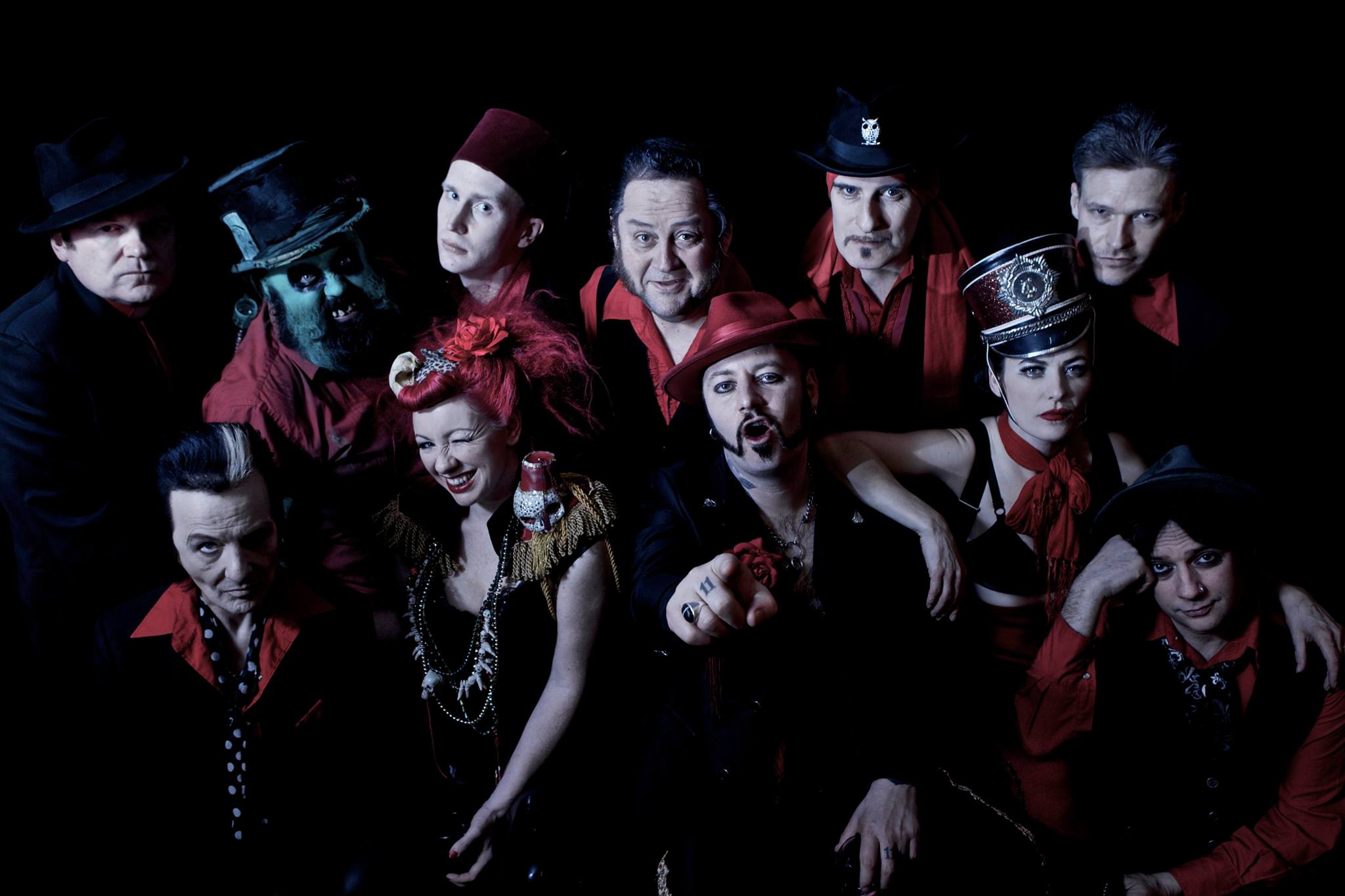 The stars were aligning the night Paul-Ronney Angel was begged by a promoter to be the filling in a triple bill sandwich. Never one to turn down a knees-up, prostate P-R realised he had 48 hours to put a band together. No problem. Trawling the dives and doss houses of London, he called in some favours, cracked some whips, and THE URBAN VOODOO MACHINE was born.

Some say … they’re born of Tom Waits and Nick Cave; and some say … they’re the last gang in town with the swagger of The Clash and the hell-bound blues of John Lee Hooker first dragged out of the swamp.