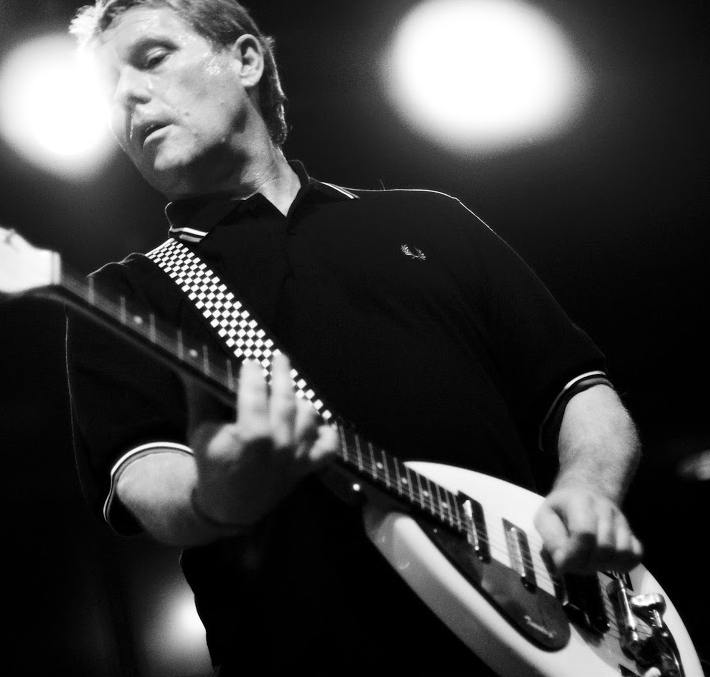 Birthed from working class industrial Birmingham and debuting March 1979, The Beat were billed as ‘the hottest thing since the Pennsylvania meltdown’ – and in an era of social, political and musical upheaval they calmed the waters with a message of love to a great dance beat.

Originally Dave Wakeling (vocals), Andy Cox (guitar), David Steele (bass) and Everett Morton (drums) – Ranking Roger and Saxa would come later – the band crossed easily between pop, reggae, soul and punk. And alongside contemporaries The Specials, Madness and The Selecter they became overnight one of the most popular and influential leaders of the British Two Tone Ska movement.

First single Tears Of A Clown was followed by more hits Mirror In The Bathroom, Save It For Later, I Confess, Stand Down Margaret and a serene cover of Can’t Get Used To Losing You, penned by Andy Williams.

Despite huge success, they sang about and acted upon the problems we all face; donating their music to anti-nuclear and indigenous arts causes as well as contributing to The Special AKA’s Free Nelson Mandela.

Dave Wakeling once said every great band has only three really good albums and true to his word the band disbanded after the third, Special Beat Service. He went on to form General Public with his mate Roger for three studio albums and yet more hits – Tenderness, So Hot You’re Cool, Never You Done That, Come Again, Too Much Or Nothing and I’ll Take You There.

While Dave was Stateside, Andy Cox and David Steele were also busy… forming Fine Young Cannibals, recruiting Roland Gift through an MTV advert. She Drives Me Crazy and Good Thing are, of course, now part of pop history.

No slackers, Saxa and Everett Morton put together The International Beat blending modern pop with Jamaican rhythms and touring the world to great success.

Together, these three offshoots scored multi-platinum albums, toured the world and most importantly kept The Beat alive!

Fast forward to 2003 and a dream coming true for Beat fans when the band reunited for a UK tour, culminating in a sold-out Royal Festival Hall.

Consummate showman that he is, Dave Wakeling has continued to keep The Beat alive touring the world as THE ENGLISH BEAT with an amazing all-ska cast playing all the hits and more!